My Garbage Disposal Smells – Now What?

If there is an unpleasant odor emanating from your kitchen, your first inclination might be to blame the chef, but if no one is currently cooking in your kitchen, then it’s time to investigate other sources where the stinky smell is coming from. You quickly determine that it’s not coming from the trashcan, and it isn’t coming from your refrigerator. A little more detective work reveals the culprit is…your garbage disposal?

Theoretically, garbage disposals are supposed to be self-cleaning, but it is possible for debris and food waste to accumulate along the sides of your disposal and its grinders. Although unpleasant, this problem can be readily remedied. This is an oldie, but a goodie. Simply place your rubber stopper in the garbage disposal, and run four to six inches of hot water in your sink. Add a couple of squirts of dish soap. Turn your garbage disposal on, remove the stopper, and allow the water to run through your garbage disposal. This method is different from simply allowing water to run from the tap because it causes the entire disposal to fill with hot water. The temperature and force of the water should be sufficient enough to remove any residue that has accumulated inside the disposal, but if something still smells foul after trying this, it’s time to move on to…

For this method, what you’ll need are three to four cups of ice cubes, one cup of rock salt, a pair of needle nosed pliers, and two or three lemon peels. Turn on a steady stream of cold water, and then flip your garbage disposal on. Feed the ice cubes into your garbage disposal as quickly as it can safely handle them, quickly followed by the rock salt.

Continue to let the water run for a full two minutes.  After you have finished, add the rock salt and ice. What these ingredients do is essentially freeze the debris stuck inside of your garbage disposal, which allows the impeller blades to remove them. The ice assists in sharpening your disposal’s blades, while the salt helps to disinfect the unit.

Now, you should cut your lemon peels into pieces small enough for your garbage disposal to handle and feed them into it – while still allowing the cold water to run. The lemon serves a dual purpose as a disinfectant and an air freshener. If the salt and ice trick does not work, then it’s time to break out the big guns…. Contrary to popular opinion, you cannot go down to your local home improvement store and simply pick out any old cleaner to use on your garbage disposal. The one you choose needs to be specifically formulated for cleaning garbage disposals and kitchen pipes. Ideally, it should also be biodegradable. Chemical drain cleaners, which primarily consist of bleach and fine sand, should not be used because they will, very quickly, corrode the interior of your garbage disposal and reduce the lifespan of the unit. Caustics, like Drano, should also be avoided. If you are unsure of which product to use, consult with a salesperson.

If none of the aforementioned methods work, then it might be time to call a professional plumber. Depending on the age and condition of your garbage disposal, it may need replacing.

Under no circumstances should you ever pour cooking oil or grease down your kitchen sink. Not only does it make things smell foul, but it is also one of the number one causes of clogged plumbing. After time, the oil or grease will begin to congeal, and trap all sorts of debris and food particles. This makes it much tougher to deodorize and clean. Likewise, you should try to keep “gooey” foods, like honey, shrimp, and eggs, away from your garbage disposal when possible. Coffee grounds, although a great deodorize for many things, should also be kept away from your disposal, as the grounds can accumulate inside of your pipes and clog them. 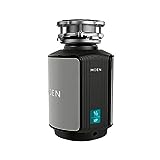 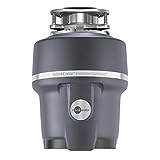